The CAREERTECH Podcast is LIVE! 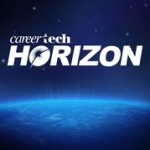 What did you have to go through, to get where you are today?

In our first episode of CareerTech Horizon, we take a look at a few Oklahoman’s “origin stories.” You’ll learn about:

Construction is one of Oklahoma’s largest industries, and it is only getting bigger.

More than 82,000 Oklahomans work in construction, but more than 119,000 new jobs are expected to open in Oklahoma by 2026. In the entire country, an additional 1.4 million construction professionals will be needed by 2022.

A nationwide skills gap, however, means those construction positions may go unfilled. Oklahoma CareerTech is working to fill that gap with construction trades training and education at 58 technology center campuses statewide and at its skills centers.

“Oklahoma has a critical shortage of workforce in construction. We regularly hear from contractors who have difficulty finding qualified entry level employees, and they are holding back on bidding projects,” said Jeff Huffman, trade and industrial education program manager at ODCTE. “Careers in Construction Month showcases all of the career fields in construction. Oklahoma CareerTech can help you map a successful path to many available career options in construction.”

Careers in Construction Month was founded by the National Center for Construction Education and Research and Build Your Future to increase public awareness and inspire the next generation of construction craft professionals.

The agency is governed by the State Board of Career and Technology Education and works closely with the State Department of Education and the State Regents for Higher Education to provide a seamless educational system for all Oklahomans. 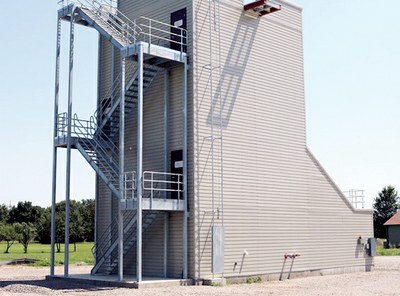 The Ponca City Fire and Life Safety Council had a vision for a local training facility more than 15 years ago. A little more than two years ago, Pioneer Tech joined the venture, which had strong support from area industry, agencies and volunteer fire departments.

In December 2018, the Pioneer Tech Board of Education approved the plan to build the training center on the eastern side of PTC’s property. The building was designed to meet the training needs of firefighters and law enforcement and provide industrial safety training in north central Oklahoma. The 44-foot-tall tower can simulate fires in houses and apartments and offer training for search and rescue. The 18,425-square-foot facility has two burn rooms, 10 rappelling points, eight staircases, a confined space trainer and 26 movable partitions.

“The new EMS Training Center gives availability and accessibility for agencies to meet the expense of training staff in a timely manner, which in turn will impact district partners with better-prepared service providers,” said Traci Thorpe, superintendent/CEO of Pioneer Tech.

Pioneer Tech has already booked an international group from South Korea for training at the facility in partnership with Oklahoma State University Fire Service Training. 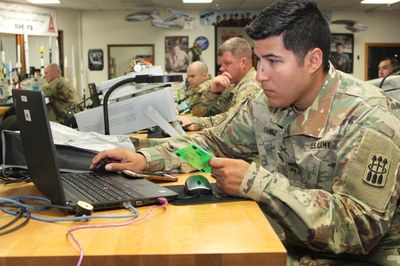 The initiative, referred to as the credentialing program, is designed for tactical and maintenance warrant officers associated with the Patriot missile defense system.

“Our soldiers have an incredible opportunity, especially with the technical aspect of their jobs, to get industry/nationwide credentialing,” said Jennifer Smith, lead development and education analyst for the Air Defense Artillery Commandant. “We are very excited about the partnership with the Red River Technology Center, and we are going to continue to grow it.”

The robust curriculum and the purposely limited time allowed to complete the assigned duties and tasks associated with the successful certification process, provide a unique experience for the officers.

All of the attending warrant officers successfully fulfilling the requirements of the credentialing program receive their independent industry certification documents and special recognition during their tactical training graduation ceremony at Fort Sill.

Each year, thousands of Oklahomans reap the benefits provided by Career and Technology Education. CareerTech Champions tell the story of how individuals apply learning to become successful employees, entrepreneurs and leaders in business organizations.

Cushing family has quite a collection of FFA jackets. 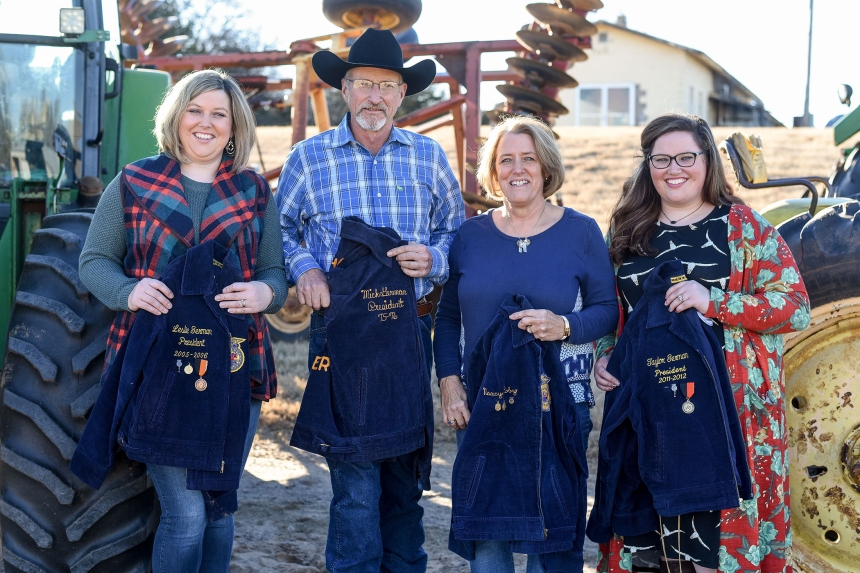 Mick and Nancy German with two of their daughters, Leslie and Taylor.

Mick German was a third generation dairyman, heavily involved in FFA in high school. In 1975, he served as president of his FFA chapter.

Mick’s wife, Nancy, said she had wanted to enroll in agriculture in high school, but her mother said no, ag was for boys. By the time Nancy was a senior, her mother had softened her stance and allowed Nancy to enroll in FFA as an elective.

Soon, Nancy was showing lambs. Her love of animals grew, and after high school she went to Oklahoma State University, double majoring in animal science and ag education, with a minor in horticulture. After college she received her veterinary technician license.

Later, Mick’s daughter Amy got her own blue jacket. She was involved in FFA in high school, showing sheep and doing public speaking. (Amy’s daughter Destiny has also added an FFA blue jacket to her wardrobe and is showing goats.)

Mick and Nancy’s daughter Leslie joined FFA in eighth grade, competing at the state and national levels in several events. Like her father, she was president of her FFA chapter, serving in 2005-2006. FFA helped her get numerous college scholarships. She received a bachelor’s degree in animal science and ag communications and a master’s degree in ag education. She works for OSU Extension in Okmulgee County as an ag educator.

Nancy said their youngest daughter, Taylor, had no choice but to tag along with her sister, and by the eighth grade she too became involved FFA, raising cattle and chickens. Leadership was in her blood, and she was elected president of her FFA chapter in 2011. Taylor competed at state and national contests like her sister and received a full-ride scholarship to East Central University. She earned a degree in family and consumer sciences.

“We bleed a little blue each day,” Nancy German 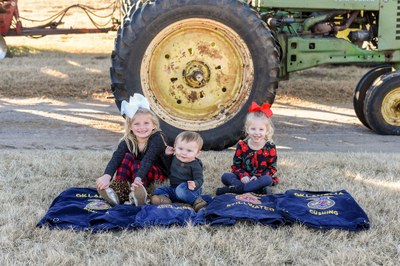 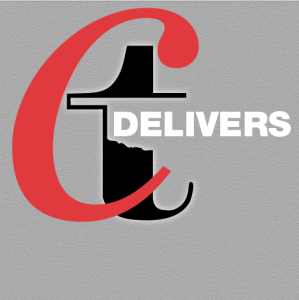